There are discussions right now if last few week’s sell-off was another failed breakdown. Was this another bear trap? Did Central Banks again manage to put a floor to equity markets? ECB’s dovish comments and BOJ’s negative interest rate moves both came this month, after sharp sell-off in equity markets.

Due to developing bearish chart patterns and the fact that major indices are below their long-term averages I’m weighing the possibility of a correction more than a strong bull market in the coming months. This time could be different and the technical outlook might prove to be a bear trap. I’m fine with that. That’s what markets are. Current chart set-up is something that I can’t ignore and I’ll try to explain here.

First let’s look at two major equity indices that we have been following. On a monthly scale “close” was at the border. The jury is still out in my opinion. Though, I would say last week of the month we have seen a good attempt to close at the higher levels for the month. 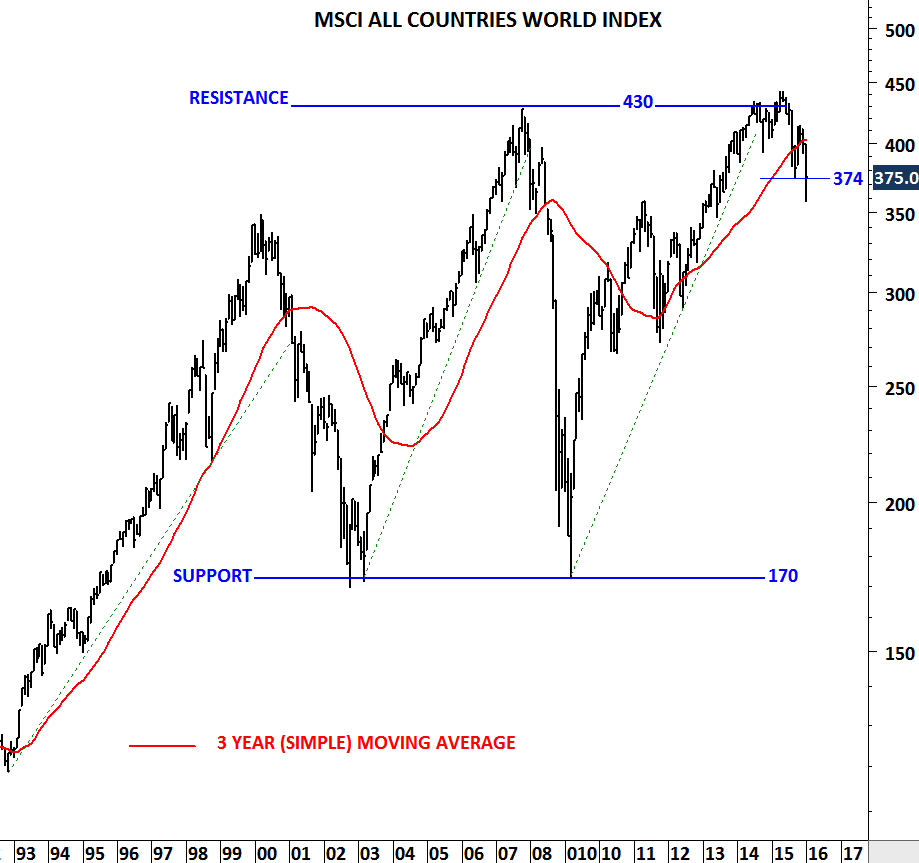 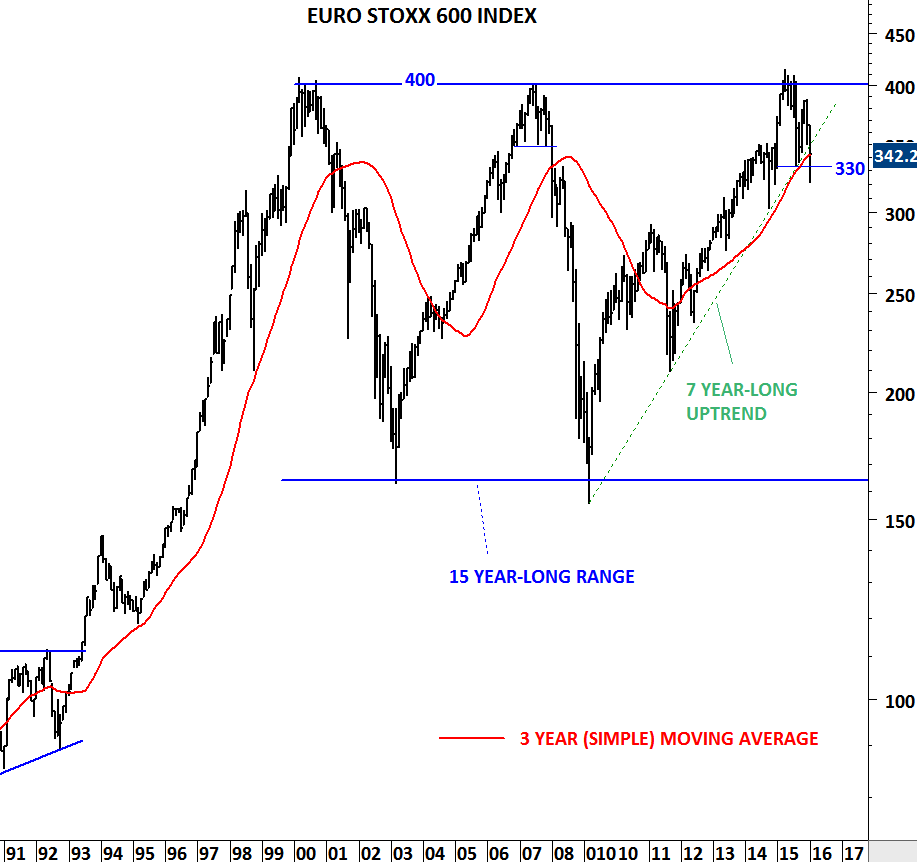 Richard W. Schabacker in his book TECHNICAL ANALYSIS AND STOCK MARKET PROFITS (Printed in US in1932) discusses Important Reversal Formations. Under this section there is a detailed study of Head and Shoulder reversal chart patterns. We are all familiar with the Head and Shoulder chart pattern. I want to draw attention to a specific type that we are seeing right now on equity index charts. Schabacker explains: 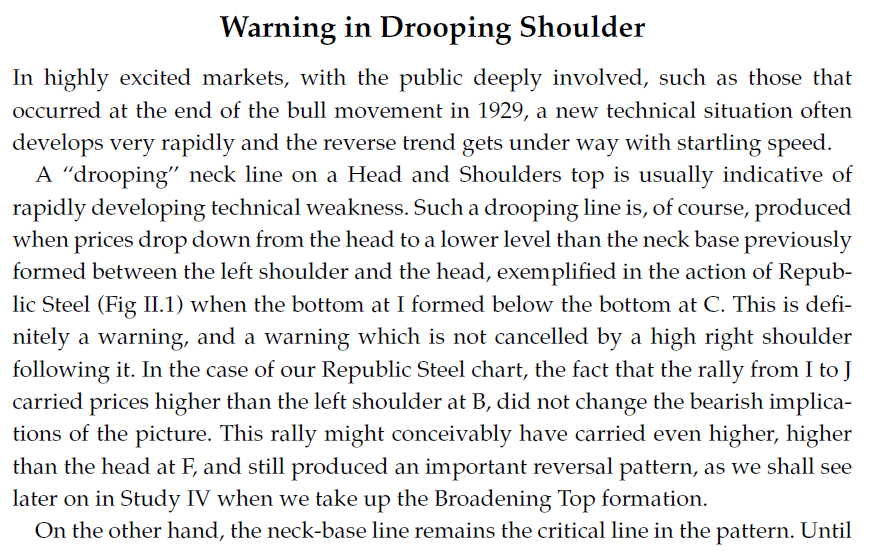 Here is the chart he was analyzing at the time. Please note that the original chart doesn’t include the red trend line (neckline). I added this to show the similarities with the current chart patterns. 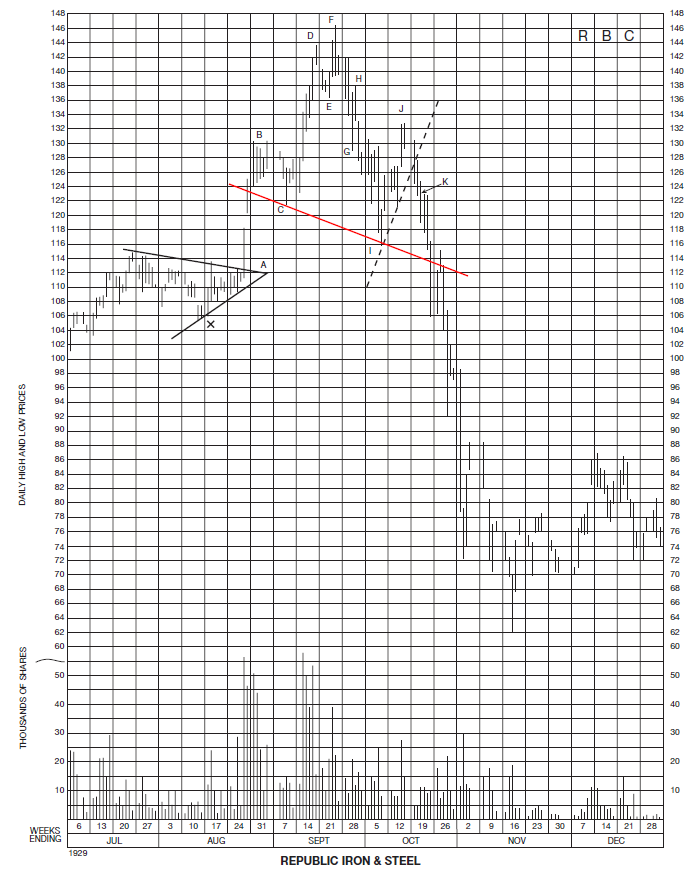 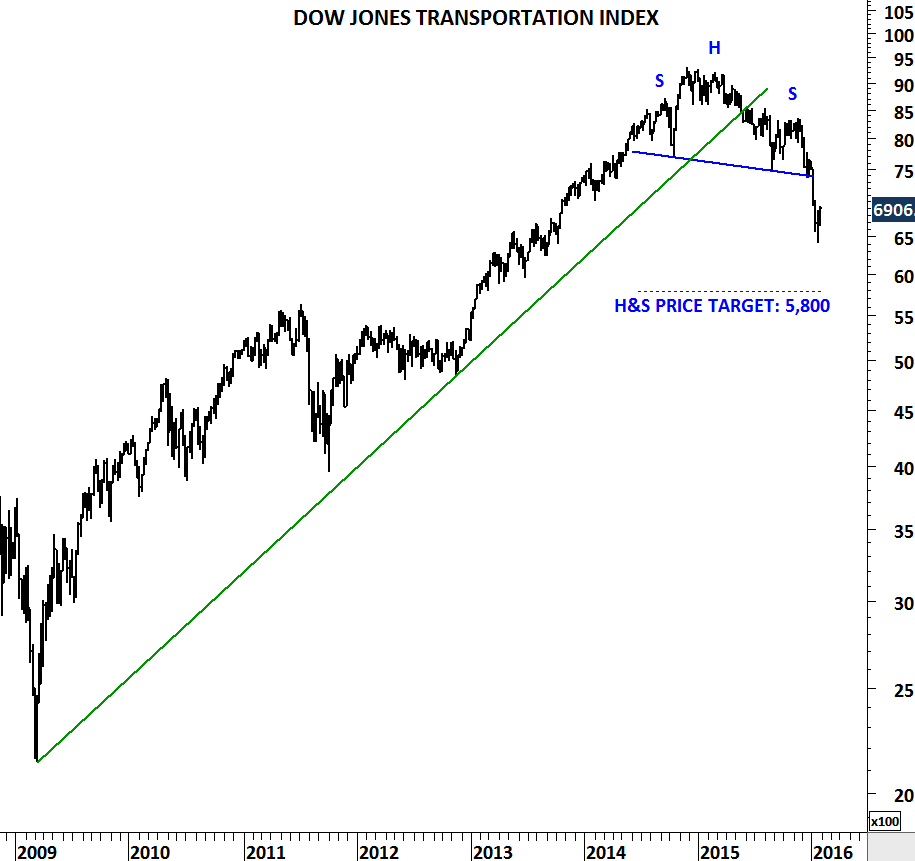 Now let’s look at some similarities between 2008 and 2016. In 2008, Dow Jones Industrial Average reversed its 4 year-long uptrend with a Head & Shoulder top. Neckline was downward slanting. After the breakdown there was a pullback that violated the neckline but couldn’t push above the long-term average or inside the trend channel. The head and shoulder top that formed in 2007-2008 showed significant market weakness due to its drooping shoulder. 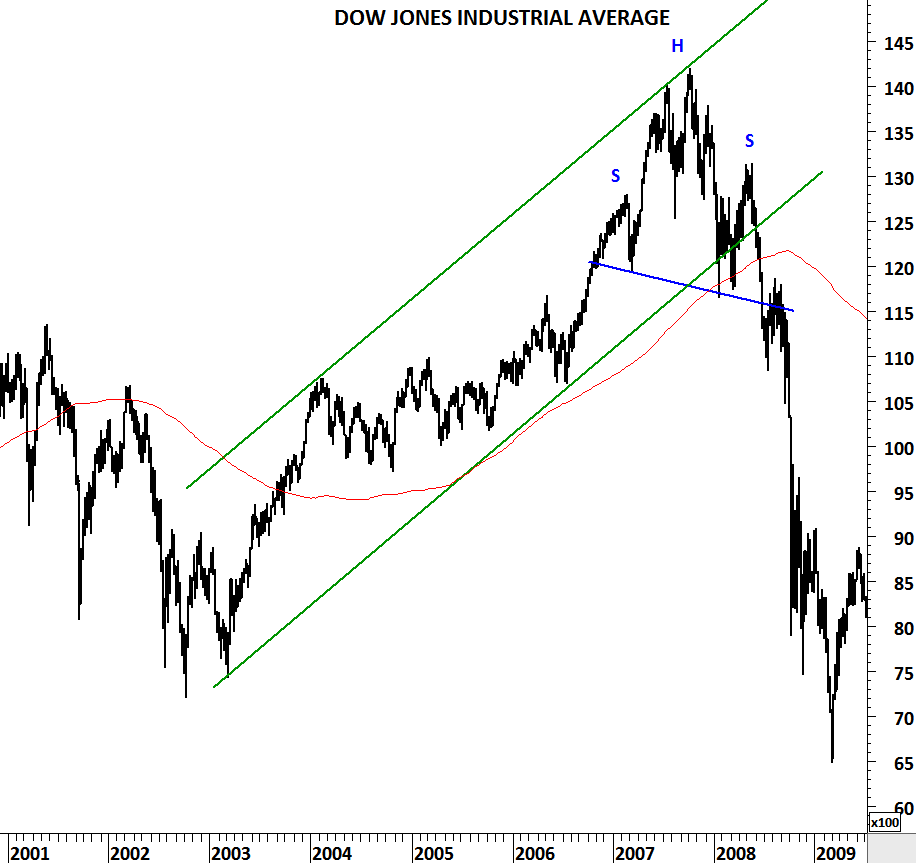 Dow Jones Composite Average is now forming a similar Head and Shoulder top with downward sloping neckline. Both the long-term moving average and the lower boundary of the 6 year-long trend channel is violated. If this time is not different, current chart set-up suggests a correction is more likely in the following months than the continuation of the bull market. 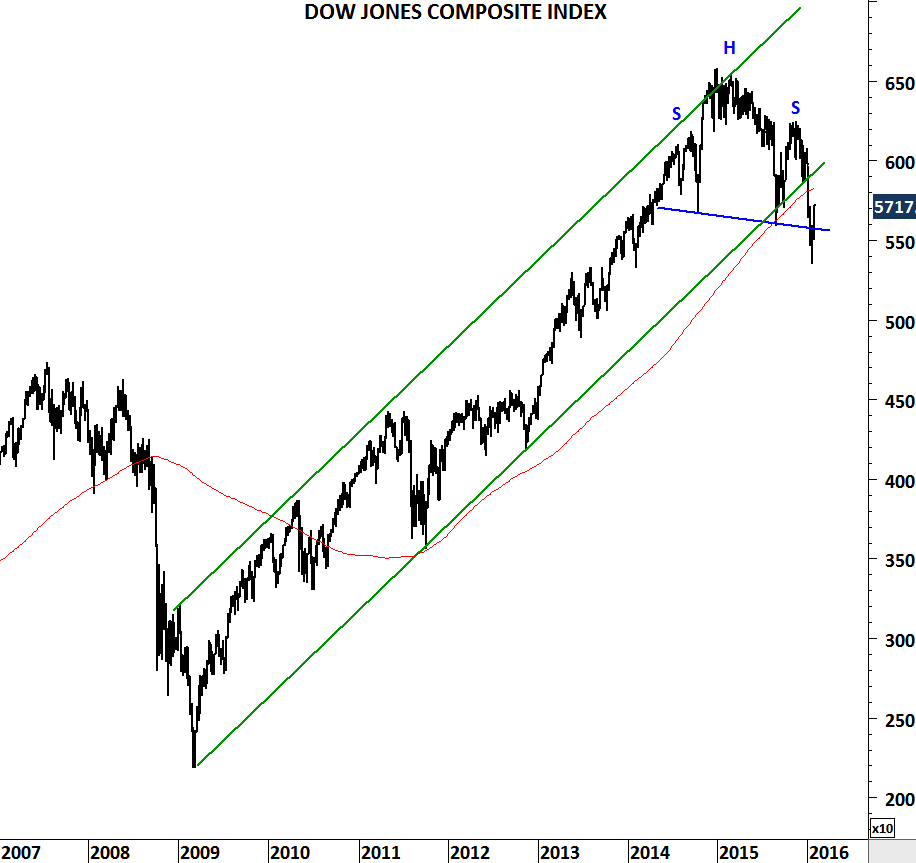 We can also look at MSCI ALL COUNTRIES WORLD INDEX and compare the top in 2007-2008 with the latest chart development. I think the current technical conditions can’t be ignored. I want to give these markets some more time to prove the bears wrong. 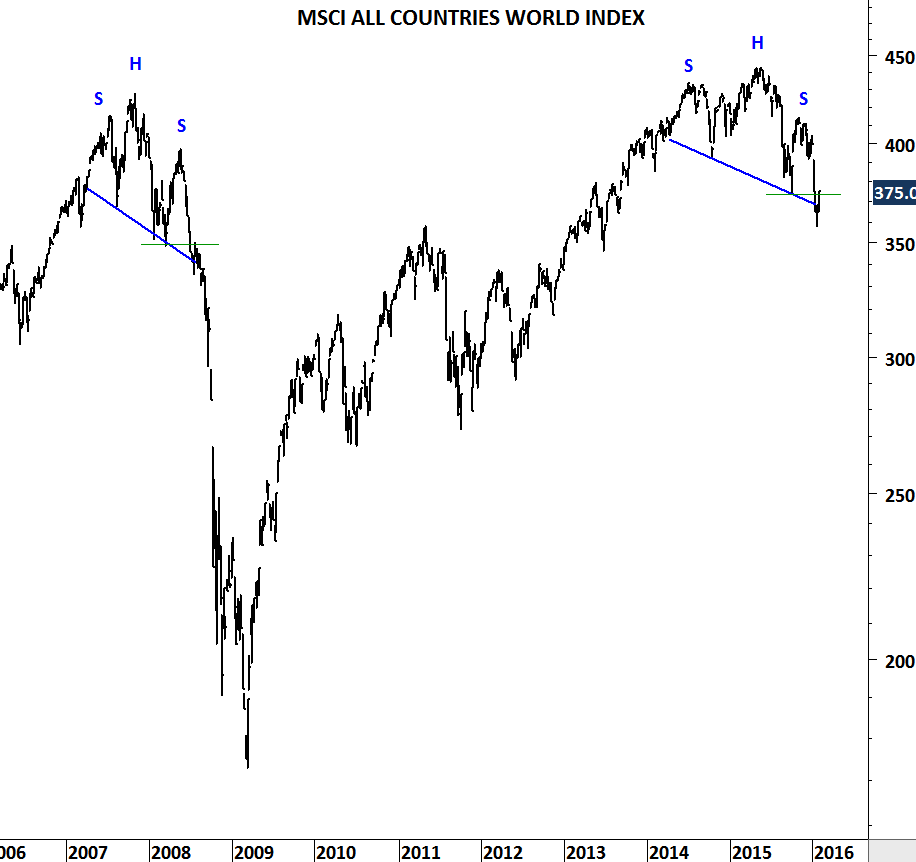 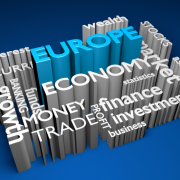