Long-term price chart of Natural Gas suggests that the volatile commodity is now trying to recover from historical strong support area. Over the past two decades Natural Gas (Henry Hub) prices traded as low as 1.62. There has been several instances when price reversed sharply from the strong support area between 1.62 and 1.76. 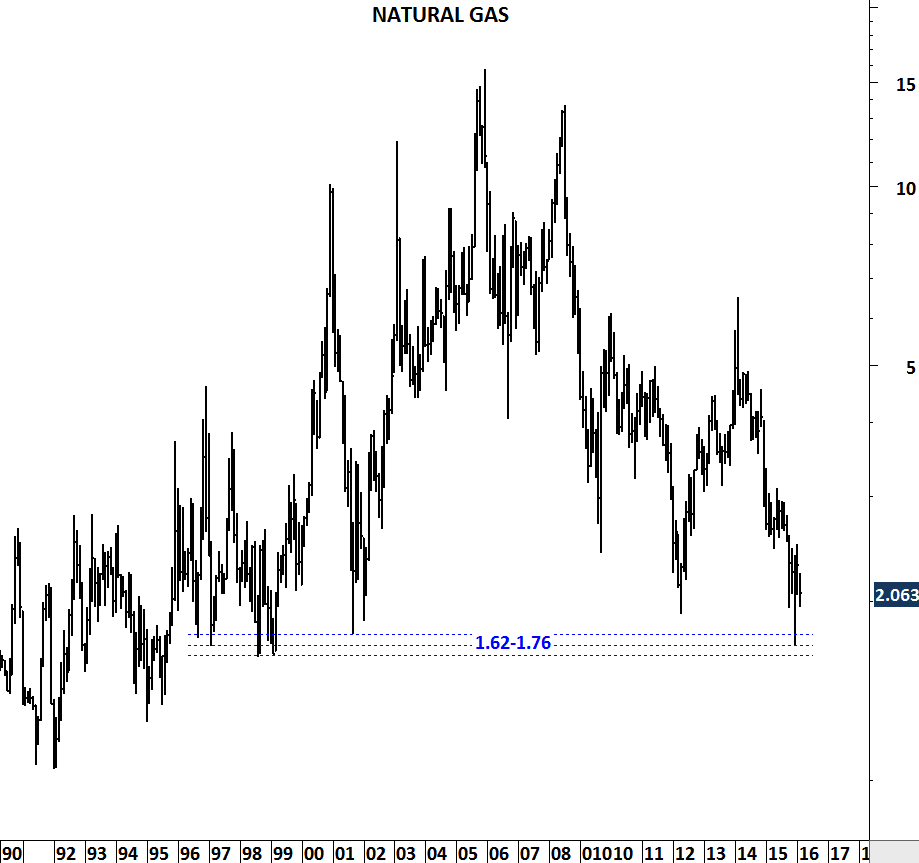 Natural Gas might be forming a base formation above strong support area. Possible head and shoulder bottom might be completing with the right shoulder now testing the left shoulder price level and forming symmetry. It is important to note that a breakout above 2.5 levels will confirm the H&S base formation and suggest higher levels in the following months. 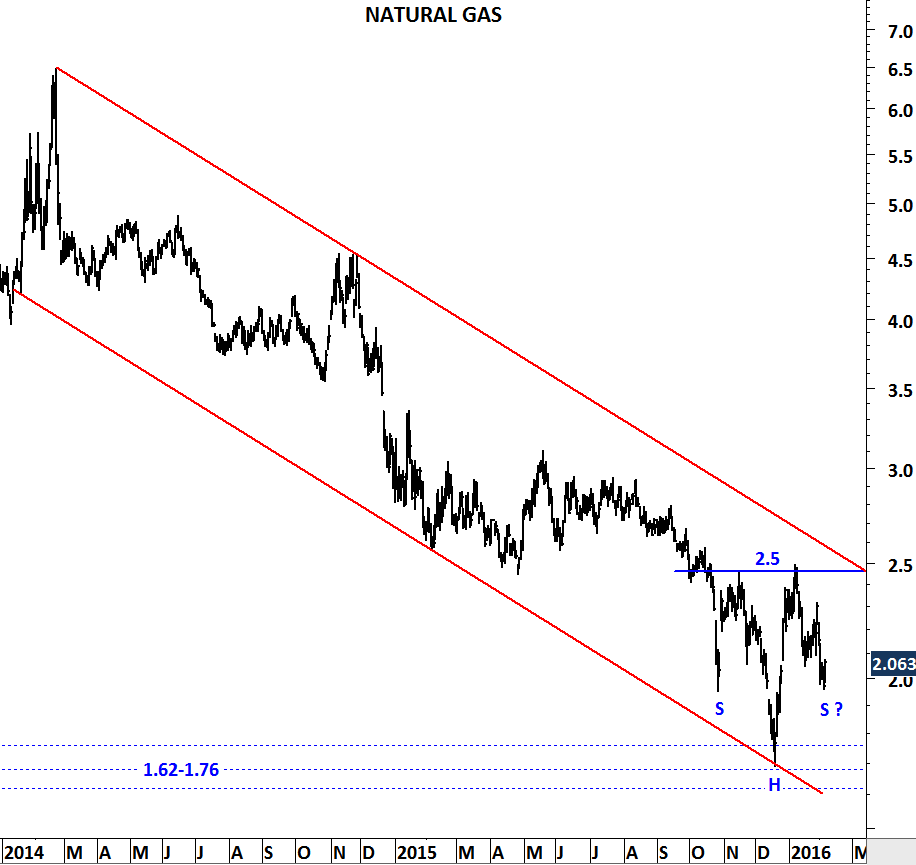 Head and shoulder bottom and top chart patterns usually form after prolonged down/up trends. Natural gas has been in a consistent downtrend since the beginning of 2014. A similar reversal took place in 2012 after the energy price fell from 5 levels to 1.9 in less than a year. Below chart shows the base formation (head and shoulder bottom) in the first half of 2012. 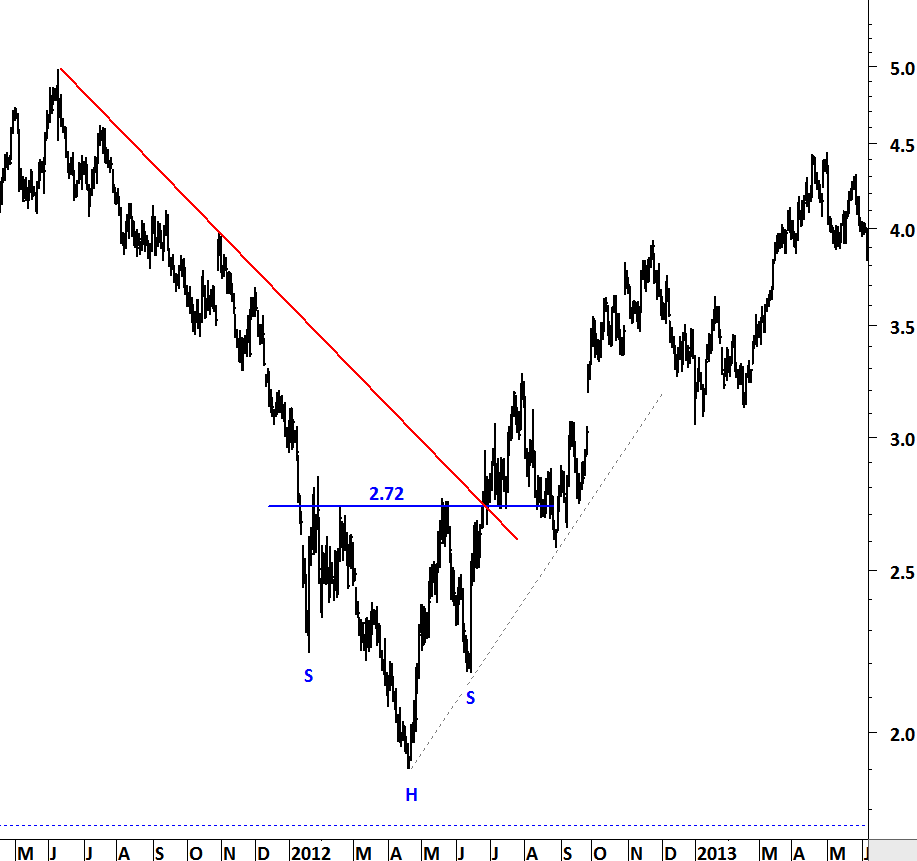 Cocoa is another commodity that could enjoy higher prices in the following weeks/months if strong trend channel and horizontal support holds. Last one year’s consolidation has been between 2700 and 3400 levels. Price is now back to 2700 levels. While long-term trend is upwards, intermediate-term trend is still sideways. Though, Cocoa can present a low risk/reward entry around the strong support level. 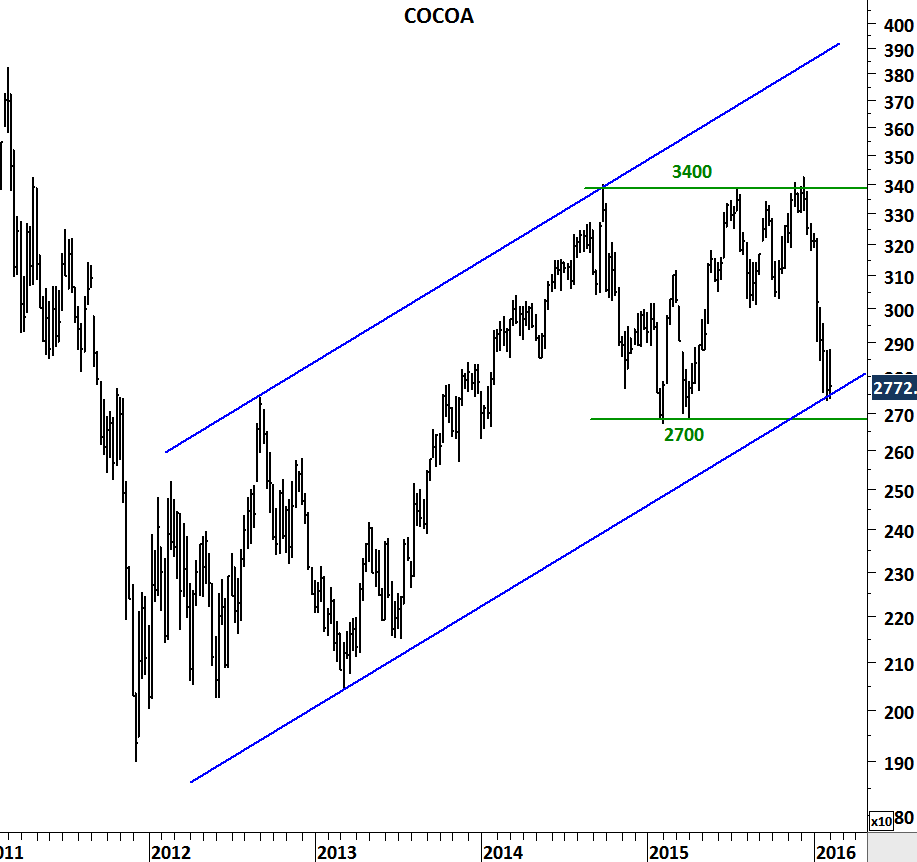