Housing starts in U.S. fell 4.8% in May. Total starts dropped 4.8 percent to a 708,000 annual pace in May from a revised 744,000 rate in the prior month that was the highest since October 2008, today’s report showed. Building permits increased 7.9 percent to a 780,000 annual rate, reflecting gains in single-family and multifamily homes.

How strong are these numbers and what has it been like historically? I’m posting two historical charts on both housing starts and building permits. 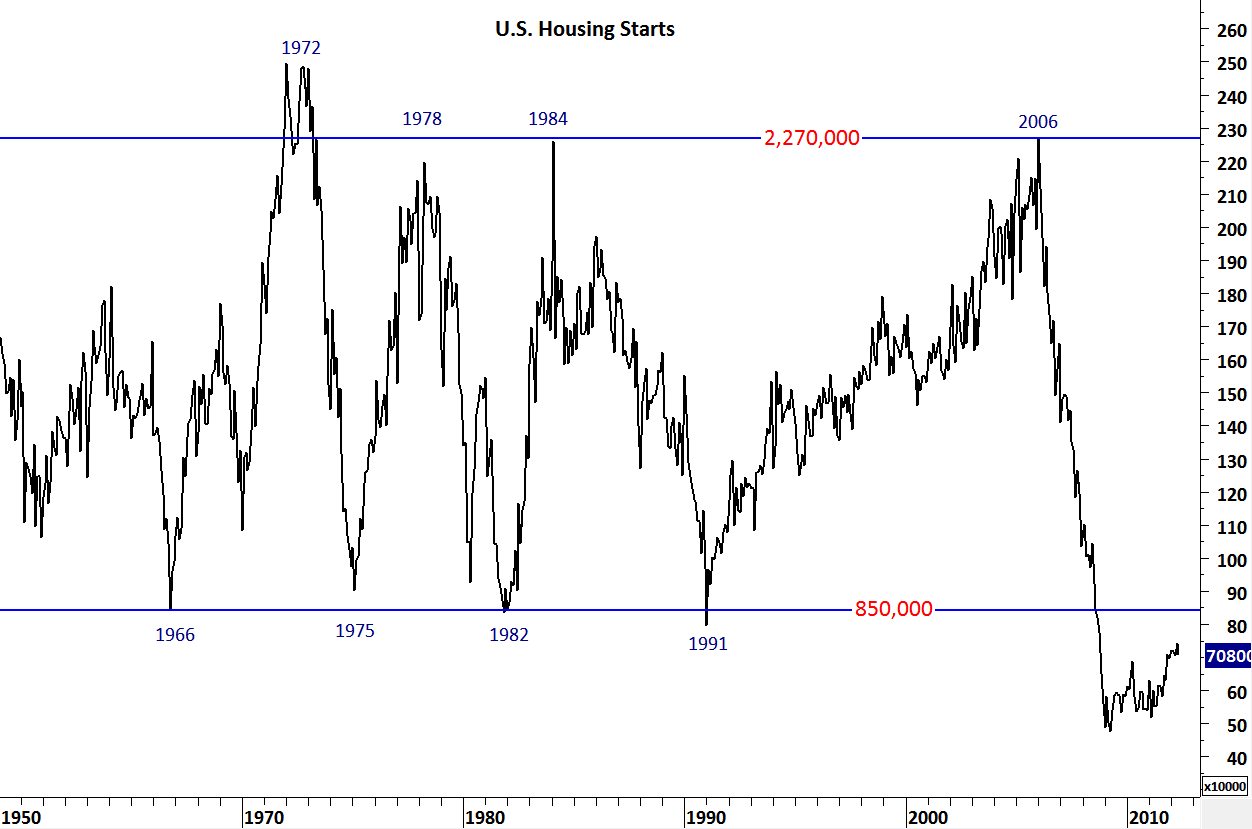 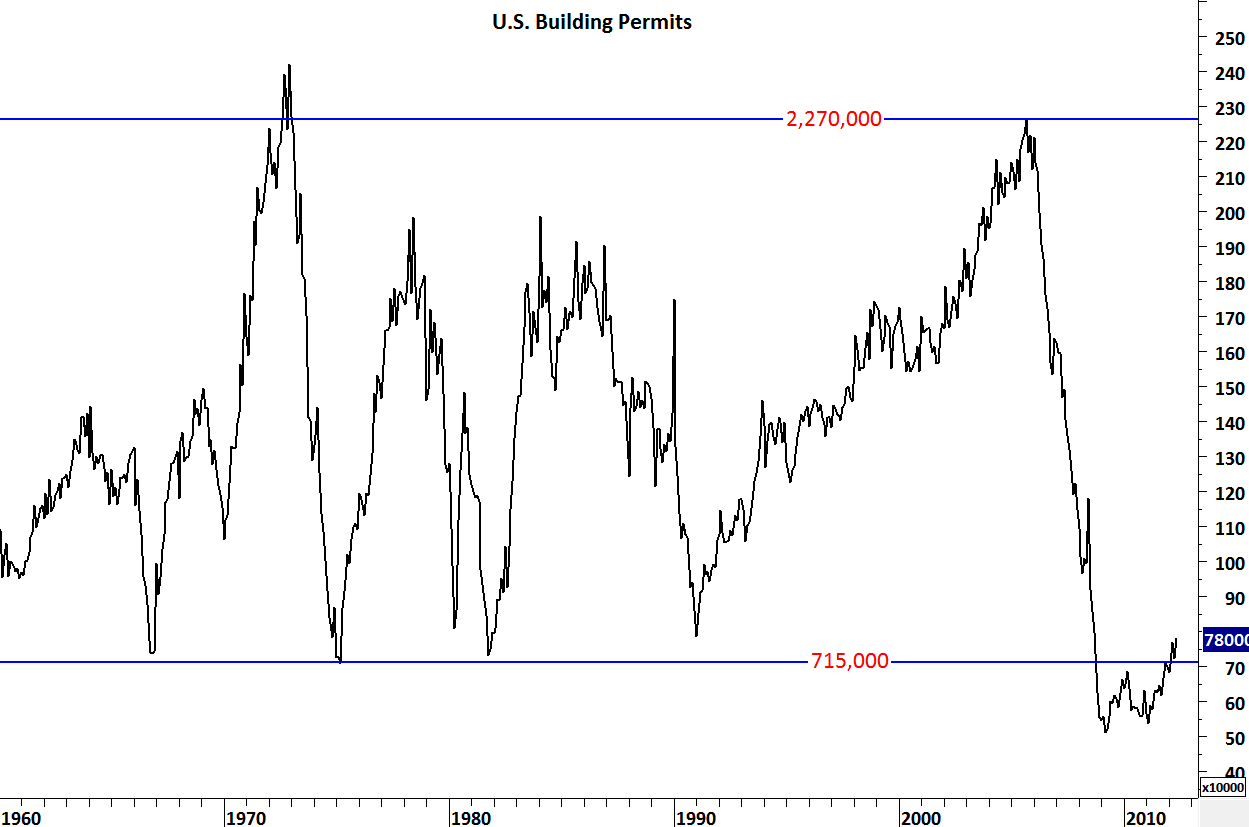 It is true that building permits are rising and this is definitely positive. However, we should see the housing starts back above 850K threshold to be more optimistic about the U.S. housing market.