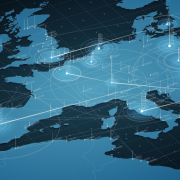 Bottom-up research & investing focuses on the individual stocks and deemphasizes the significance of economic cycles and market cycles. In bottom-up investing, the investor focuses his attention on a specific company, rather than on the industry in which that company operates or on the economy as a whole. This is the opposite of top-down research & investing, which is a strategy that first considers macroeconomic factors when making an investment decision. Top-down investors instead look at the broad performance of the economy, and then seek industries that are performing well, investing in the best opportunities within that industry. 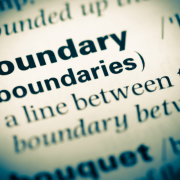 A stock (ETF, Index etc.) price is either in a trending phase or in a consolidation period. During strong trend periods prices move uninterrupted from one price level to another. During consolidations prices move in both directions without producing any meaningful or sustained price change and will form well-defined support and resistance areas on the charts. A support range represents a concentration of demand, and a resistance range represents a concentration of supply.

The longer the time which the stock spent in that range, therefore, the greater the number of transactions, the more important that range becomes for future technical consideration. In applying support and resistance study to price charts, the weekly scale time frame is usually more informative than daily scale. Weekly charts show much more plainly the levels at which congestion of significant duration appeared. 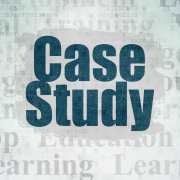 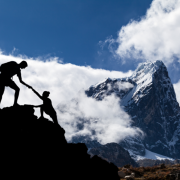 As part of our member webinars, on the 14th of December 2017 we recorded a live webinar discussing rectangle chart patterns. During the Q&A session one of the Tech Charts members asked a very important question.

The points I discussed were my "AHA moments" in becoming better at analyzing price charts over the past decade. We have prepared an excerpt from the webinar. I hope that it will add value in your learning experience. 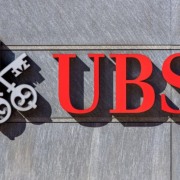 UBS Group AG is a holding company and conducts its operations through UBS AG and its subsidiaries. The Company comprises Corporate Center and five business divisions: Wealth Management, Wealth Management Americas, Personal & Corporate Banking, Asset Management and the Investment Bank. The stock is listed on the Swiss Stock Exchange. Price chart formed a year-long rectangle with the strong horizontal boundary acting as resistance at 17.50 levels. The upper boundary of the rectangle was tested several times over the course of the chart pattern. The daily close above 18 levels confirmed the breakout from the bullish continuation chart pattern with the possible price target of 19.80. 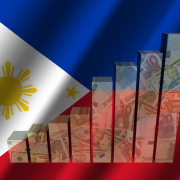 Equity indices of the South East Asia Emerging Markets are showing strength. The Philippines Stock Exchange index cleared its 2 year-long horizontal resistance at 8,125 levels and reached all-time highs. Since then, the index pulled back to the broken resistance which is now acting as a strong support. As long as 8,125 level holds, we can expect the Philippine equity market to remain strong and trend higher. 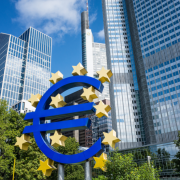 During established up trends pullback to the long-term averages are considered to be low risk entry points. A widely followed trend indicator is the 200 day moving average. Price action above the 200 day moving average is recognized as an uptrend, while price trading below the 200 day (40 week) average is considered to be a downtrend. In the last quarter of 2016, the Euro Stoxx Banking index breached its long-term average on the upside what was considered to be the beginning of a possible uptrend. Since then, each pullback found support at the long-term moving average, confirming the steady uptrend. Over the past 6 months, the Euro Stoxx Banking index formed a sideways consolidation that can be identified as a symmetrical triangle.  Read More 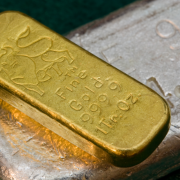 The XAU is a capitalization-weighted index of thirty precious metal mining companies that has been traded on the Philadelphia Stock Exchange since 1983. As its name suggests it includes both gold and silver mining companies. In order to track gold and silver mining companies performance in an index there are several options available for investors, but the two most watched indices are: the NYSE Arca Gold BUGS (Basket of Unhedged Gold Stocks) Index (called the HUI Index) and Philadelphia Gold and Silver Index (called the XAU Index). Below charts feature the Philadelphia Gold and Silver Index and the NYSE Arca Gold BUGS Index. 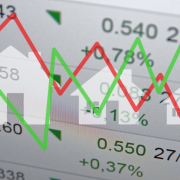 The MSCI Domestic U.S. Real Estate Index and related REIT ETFs are going through a lengthy consolidation. Breakouts from tight and lengthy consolidations are usually followed by strong directional movement. Price index respected the boundaries of the 9 month-long symmetrical triangle. Both boundaries were tested several times over the past months. The upper boundary of the possible symmetrical triangle is acting as resistance at 1,180 levels and the lower boundary as support at 1,140 levels. A decisive breakout above 1,180 levels will confirm the symmetrical triangle as a bullish continuation with a possible chart pattern price target of 1,255 levels. 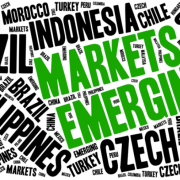