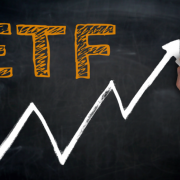 Consumer Discretionary Select Sector SPDR (XLY) Fund (the Fund) seeks to provide investment results that correspond to the price and yield performance of the Consumer Discretionary Select Sector of the S&P 500 Index (the Index). The Index includes companies from industries, such as automobiles and components, consumer durables, apparel, hotels, restaurants, leisure, media and retailing. The ETF is listed on the New York Stock Exchange. Price chart formed a 5 month-long rectangle with the boundaries acting as resistance at 92.35 and support at 88.15 levels. Both the upper and lower boundary of the rectangle was tested several times. A daily close above 93.25 levels will confirm the breakout from the sideways consolidation with the possible chart pattern price target of 96.6 levels. You can check out the sample video below on bullish rectangle continuation. Here are some of the sample educational videos you might find valuable.  This sample video explains how to identify rectangles and to calculate possible chart pattern price targets. Tech Charts Educational Videos cover major reversal and continuation chart patterns. 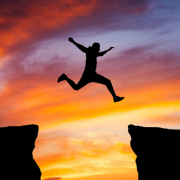 In his book Technical Analysis and Stock Market Profits, Richard W. Schabacker discusses different kinds of price gaps. Below are some of the important points he mentions about Breakaway Gaps. 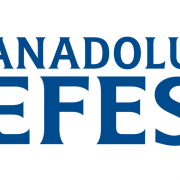 Anadolu Efes Biracilik ve Malt Sanayii AS is a Turkey-based company, which is engaged in the production, bottling, selling and distribution of beer under a number of trademarks and also in the production, bottling, selling and distribution of sparkling and still beverages with The Coca-Cola Company trademark. The stock is listed on the Istanbul Stock Exchange. Price chart formed an 18 month-long ascending triangle with the strong horizontal boundary acting as resistance at 22.05 levels. The horizontal boundary was tested several times over the course of the chart pattern. The ascending triangle can act as a reversal chart pattern. A daily close above 22.70 levels will confirm the breakout from the bullish reversal chart pattern with the possible price target of 27.6 levels. 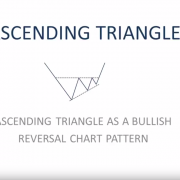 Right angle triangles, with the hypotenuse slanting upwards from the origin of the pattern, are ascending triangles and they are bullish.

The below educational video describes how to identify a bullish ascending triangle, along with some of the characteristics of this pattern that could help you identify and take advantage of such patterns within your own personal trading. 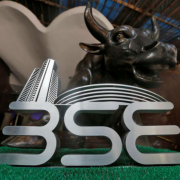 India equity benchmarks have been in a steady uptrend. For the past few months the BSE Sensex index and other equity benchmarks has been in a sideways consolidation. These short-term consolidations can prove to be bullish continuation chart patterns if resolved on the upside. On the long-term chart of BSE Sensex Index, 30K levels continue to form strong support. Long-term uptrend remains intact. 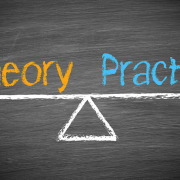 The flag forms on a mast, a nearly vertical price movement, either up or down. The length of the mast (in points) from the preceding congestion to the point where the Flag begins to form, will be found to indicate in by far the great majority of the cases the extent of the rapid price movement which proceeds from the last reversal point in the Flag. The price projection by using this half mast technique will give us the possible price target but does not call for a reversal of trend when the price objective is met. 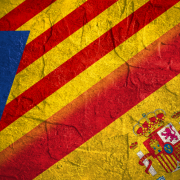 It has been a volatile week for Spanish politics and the country's financial assets. Spain's IBEX 35 index has been trending lower since May 2017. The downtrend in the short-term formed a well-defined trend channel. During last week's sell-off, the index rebounded from the lower boundary of the trend channel. There is no classical chart pattern that would suggest that index is finding a bottom or another chart pattern development that would signal further downside. However, two interesting candlestick patterns drew my attention which I find worth mentioning. 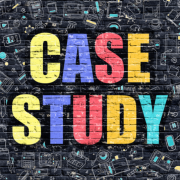 Volume is an important indicator that can be used to confirm certain price movement. It is always positive to see increasing volume when a stock is advancing. An advance on expanding volume is deemed more robust than an advance on contracting volume. Likewise, it is good to see an increase in volume during a breakout from a lengthy consolidation range. 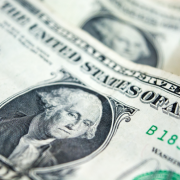 While still at the early stages, an important chart development might be taking place on the U.S. Dollar Index. In the second half of 2016, the U.S. dollar index breached the upper boundary of its consolidation range at 100.3 levels. The breakout was a bull trap (false breakout) and after couple of weeks, the price reversed back into the trading range and traveled sharply towards the lower boundary of the rectangle. In the beginning of September 2017, the price breached the chart pattern boundary on the downside. Those who are looking for a possible reversal of the downtrend on the U.S. dollar, should keep an eye on the 93 levels on the U.S. Dollar Index Futures chart and 24.15 levels on the US Dollar ETF (UUP) chart. A reversal above the mentioned levels can result in a bear trap (false breakdown) and turn out to be positive for the U.S. dollar in the coming months. 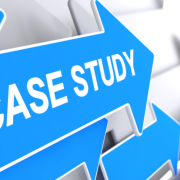 Below two paragraphs are taken from Peter L. Brandt's Diary of a Professional Commodity Trader - Lessons from 21 weeks of real trading.

"A premature breakout is different from an out of line movement in the sense that a premature breakout can close outside of a predrawn boundary line and even spend several days in breakout mode. Prices then return back to the geometric pattern. However, the initial breakout was only a harbinger of things to come, and within a few weeks a genuine breakout occurs. I call these subsequent breakouts secondary breakouts or pattern recompletions." - Ch 3, page 38, Identifying the trades and the trading vocabulary

"Unlike the premature breakout, which is followed by a genuine breakout in the same direction, the false breakout results in prices either developing a much larger pattern or strongly moving in the opposite direction. Some traders refer to false breakouts to the downside as a bear trap and false upside breakouts as a bull trap. This means that traders who normally position themselves in the direction of the initial price thrust get stuck on the wrong side of the market." - Ch 3, page 40, Identifying the trades and the trading vocabulary