Let’s analyze the 3 different types of triangles with below interactive charts.

Symmetrical triangle has both boundaries converging towards an apex. It is a neutral chart pattern and doesn’t have a directional bias. 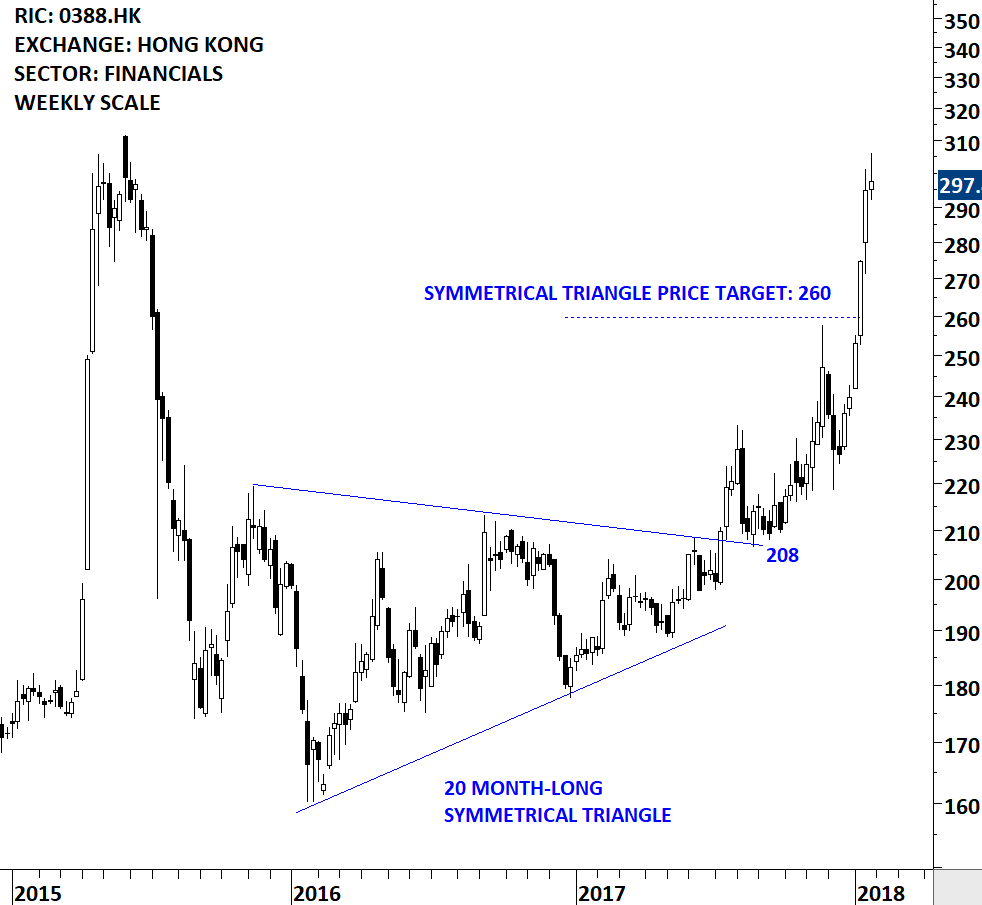 This was a symmetrical triangle that acted as a top reversal. You can see the several tests of the lower boundary before the breakdown took place. Note the re-test of the pattern boundary and where the rebound started from; the minor low. 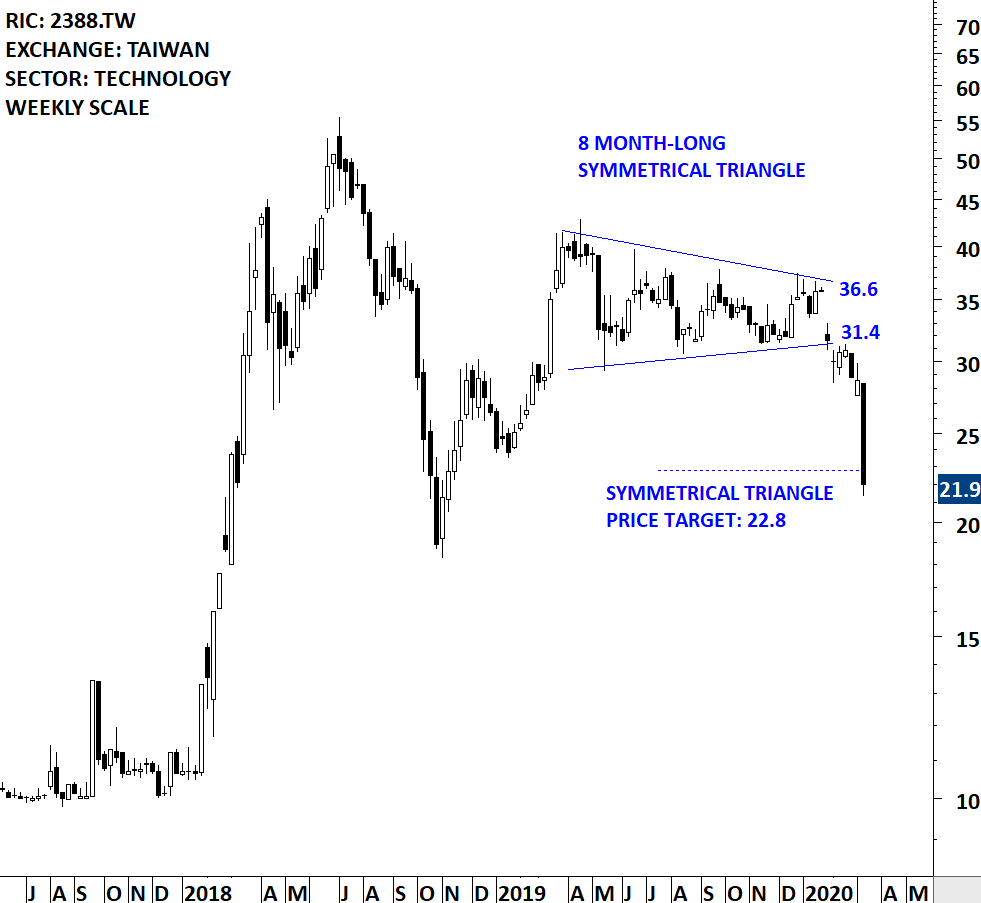 Ascending triangle is a bullish chart pattern. Its upward sloping lower boundary gives the pattern the bullish bias. Buyers are more impatient at every correction, bidding the price at a higher level while sellers defend the same horizontal resistance. Over time the pattern shows the battle between buyers and sellers shifting in favor of buyers. The pattern is completed with a breakout through the horizontal boundary.

This is how I would draw the boundaries of the ascending triangle. Please note the several tests of the upper boundary before the breakout takes place. 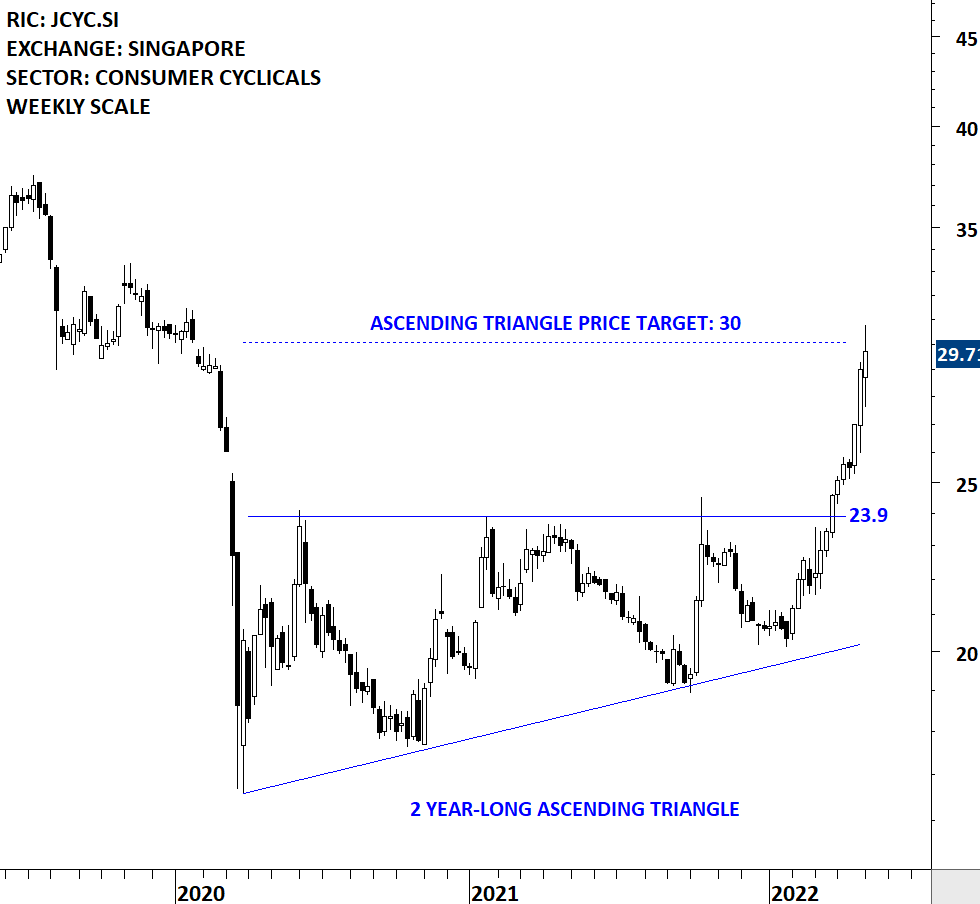 Descending triangle is a bearish chart pattern. Its downward sloping upper boundary gives the pattern the bearish bias. Sellers are more impatient at every recovery, pushing the price to a lower level while buyers defend the same horizontal support. Over time the pattern shows the battle between buyers and sellers shifting in favor of sellers. The pattern is completed with a breakdown through the horizontal boundary.

This is how I would draw the descending triangle on the weekly scale price chart of YELP.K. Breakdown took place after the 3 test of the lower boundary.

Given its bearish nature, descending triangle can form as a top reversal and the completion of it would forecast lower prices. High conviction setups are as always those with several tests of the horizontal boundary before a breakdown signal. 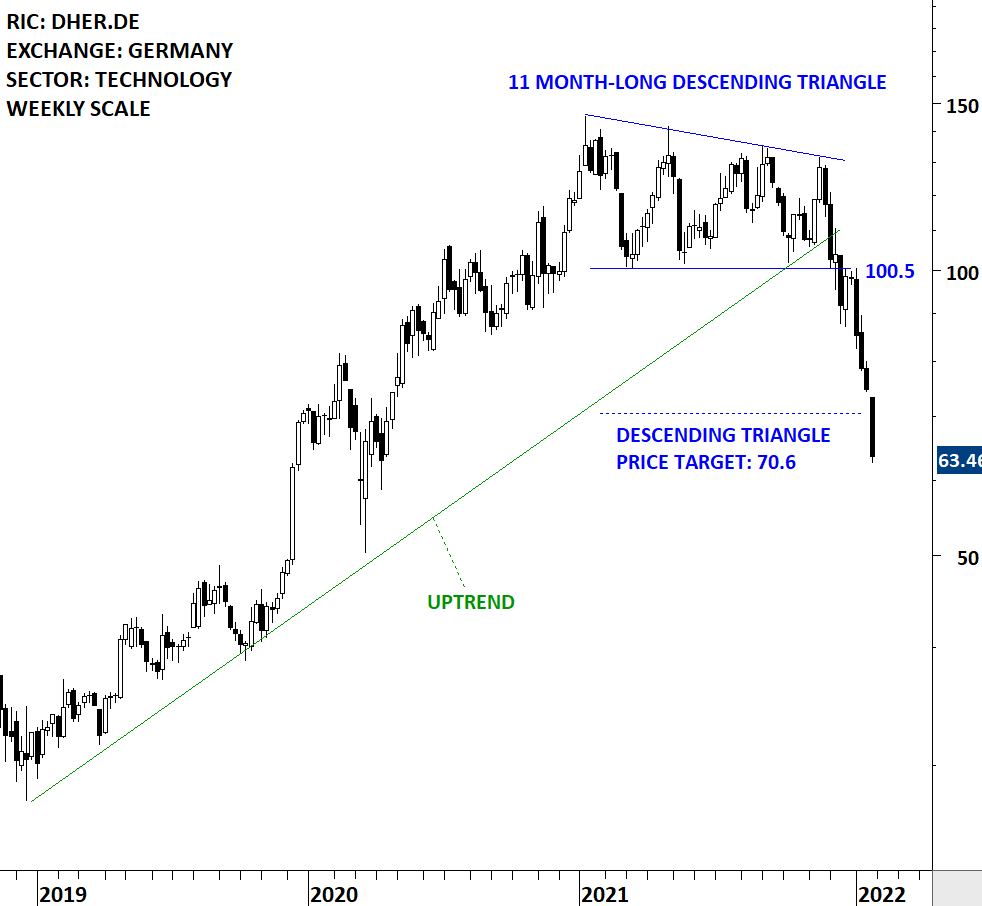